To Whom Will You Give Your Daughter’s Hand in Marriage?

What He Must Be … If He Wants to Marry My Daughter, by Voddie Baucham, Jr. (Crossway Books, 2009) 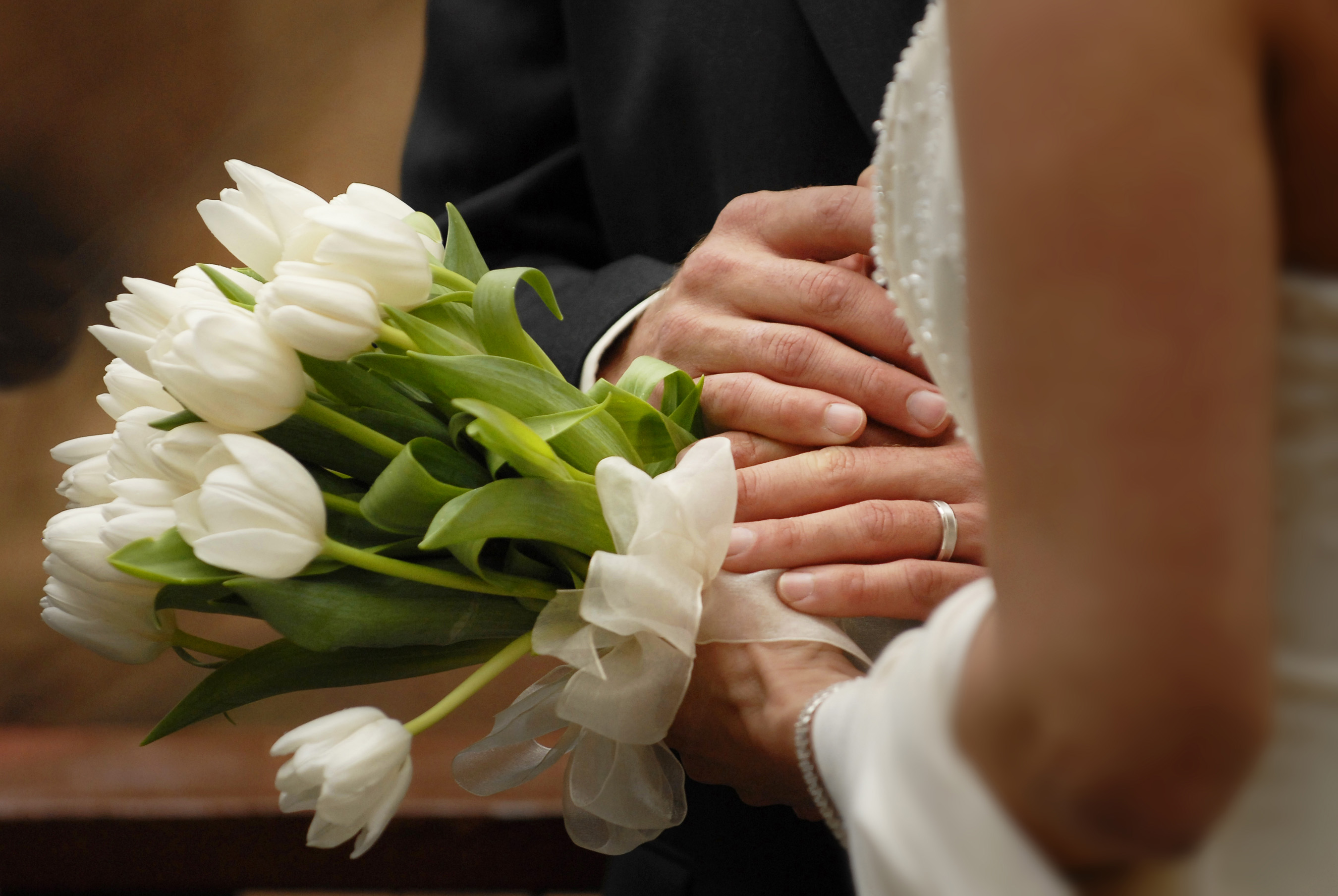 In this marriage-readiness book, Pastor Voddie Baucham seeks to provide “a clear, balanced, realistic, biblical picture of what moms and dads should be looking for on behalf of their daughters and seeking to produce in their sons” (9). He avoids the heavy-handed approach of arranged marriages, but he even more sternly rebukes the hands-off approach that would “let boys be boys” and leave girls without any paternal guidance for becoming women of God and wives of virtuous men. Rather than letting the culture dictate the terms, Pastor Baucham situates marriage and the family within the larger picture of God’s salvation plan: “my role in fathering my children is a lifelong partnership in kingdom expansion,” as fathers raise their children up in the Lord and prepare them to do the same for the next generation (17).

What He Must Be … If He Wants to Marry My Daughter is not some sugar-coated how-to book for pious evangelicals; rather, the book frankly calls a spade a spade wherever it may be found, with the author providing equal measures of self-criticism, rebuke for the church, and correction of secular society. As a result, some readers will feel a swift kick in the pants, and they probably deserve it. At the same time, all readers can benefit from the discernment and discipleship that Pastor Baucham offers.

He begins the book by underscoring the multigenerational vision that God’s Word has for both the church and the family. Examining Jeremiah 29:11 in context, he reveals that God’s plans for prospering the Jews would not be fulfilled until after the prophet’s own lifetime. Just as God positioned Jeremiah to prepare the people for a blessing that was to come later, so also God calls upon parents—fathers in particular—to pass God’s Word down the generations (Deuteronomy 6:4–9, Psalm 78:4–7, Ephesians 6:4, etc.), leaving a spiritual legacy that outlasts any one person. Marriage, as God’s appointed covenant for childrearing, therefore exists not merely for the present couple, but also for their posterity, and not only for the material security of their lineage, but also for transmitting a spiritual heritage to generations yet to be born.

But how many young people today (indeed, how many middle-aged parents of today’s young people) view marriage as a “multigenerational partnership in kingdom expansion”? And if even within the church, people offer blank stares when asked to define “biblical manhood,” then how will Christian sons and daughters be prepared to select a spouse or to fulfill their callings within marriage? And how will Christian fathers be prepared to model real manhood for their sons?

As Baucham states his thesis (27):

An Interview Checklist for Finding an Eligible Bachelor

The core of Baucham’s book consists of chapters entitled “He Must Be …,” each time filling in an additional component of biblical manhood that equips a person for serving his wife, his children, the church, and the larger community. For ease of presentation, the lessons from those chapters are reproduced below in the form of a checklist, as if a father were to interview a young suitor the way an employer would interview a job applicant. Pastor Baucham does not present it this way himself, but he does agree with the following point: if an employer would take this much care to select an employee, who may work for the company for several years but would not necessarily remain for life, then should not each father take at least as much care in getting to know a man who might ask for his daughter’s hand in marriage—a lifelong, indeed, intergenerational covenant?

Readers may respond to this list in different ways. Some will be thankful to have a checklist ready, together with Baucham’s expanded comments and discussions of pertinent Bible passages. (The chapter on “headship” as taught in Ephesians 5 was particularly instructive; readers will discover a careful navigation of that controversial topic, with God’s Word serving as the true compass.) Other readers may feel overwhelmed, as fathers see their own failings or wonder whether a “Mr. Right” who attains to Baucham’s standards will ever show up on the doorstep.

Law and Gospel in Marriage-Making

Checklists, by definition, fall into the theological category known as “Law.” They do not comfort us. They convict us. Baucham himself is no exception. He writes frankly about his own family of origin—an absent father, an unbelieving mother, and extended kin whose lives have been wrecked by cohabitation, divorce, and out-of-wedlock births—and about his own formative years—irresponsibly adrift, clueless on the “biblical manhood” issue. In writing this book, he takes his cue not from his own life, or even from the lives of the positive mentors he has found, but from God’s Word.

In the Law, God identifies a higher standard than our experience or our attitudes: His standard. Just as in other aspects of our lives, we all need a reality check when it comes to marriage. Baucham insists that Christians have dodged God’s Law for too long on these issues, conforming to a culture of dating (which simply rehearses for serial monogamy—go steady, break up, go steady … marry, divorce, marry again…), a culture of planned childlessness (or at least waiting until a “convenient” time), a culture of career feminism (and of men stuck in a prolonged adolescence of irresponsibility), in short, a culture that constantly invents new ways to rebel against God and reject His designs for marriage, for parenting, and for the multigenerational work of the church.

Pastor Baucham’s intended audience consists of Christians, people who understand that the solution to the problems presented by the Law cannot be found in our efforts. In Christ alone do we have full and free forgiveness for our sins against God and against one another, and when it comes to repentance and newness of life, “only God can bring about the change necessary.” (29) As forgiven children of God—as new creations in Christ Jesus—we now desire to fulfill His will, recognizing through the eyes of faith that His plan is better than both the worldly “wisdom” around us and the pseudo-biblical “pop Christianity” that infiltrates the church from time to time.

Some readers may conclude that, on balance, Baucham focuses too heavily on the Law and neglects the Gospel; that being said, other readers may well need the firm correction that Baucham provides, correction that their “feel good” Christianity has avoided for too long. Indeed, the state of both the church and the family in recent generations suggests that Christians have followed, rather than led, the world in matters of family life. A discerning reader will know how to apply Baucham’s lessons rightly within his own household.

Recognizing the value of many counselors (Proverbs 15:22), Christian fathers would be wise to read this book together with other Christian fathers in preparation for discussing it with their daughters, their sons, and, of course, their wives. Pastors similarly can make excellent use of this book in a men’s Bible study. (Click here for a six-session guide, pairing each chapter with pertinent Bible passages for discussion.) By working as a team, family members can determine how best to apply Baucham’s suggestions in their home, such as when developing Christ-centered courtship practices that avoid the pitfalls of the contemporary dating scene (chap. 9).

All in all, What He Must Be … If He Wants to Marry My Daughter would make a suitable Father’s Day gift, but it would be even better not to await a “special occasion” to share this book. The unbiblical attitudes concerning manhood, womanhood, marriage, and parenting are so pervasive in our culture, and so penetrating into our homes and our congregations, that the sooner Christians get talking about the biblical truths Pastor Voddie Baucham outlines, the better.

“The Natural Law of the Family,” by Dr. Ryan C. MacPherson, President of The Hausvater Project, in Natural Law: A Lutheran Reappraisal (CPH, 2011)