This Is Our Toledoth

In Genesis 4 and 5 we find a fascinating and hotly debated word. The ESV rendered it “generations.” In Hebrew it’s “toledoth.” Genesis 5 begins with it: “This is the book of the generations of Adam”—the toledoth of Adam. The word means “generations, account, or record.” It shows up 13 times in the book of Genesis and nearly all of them are significant. 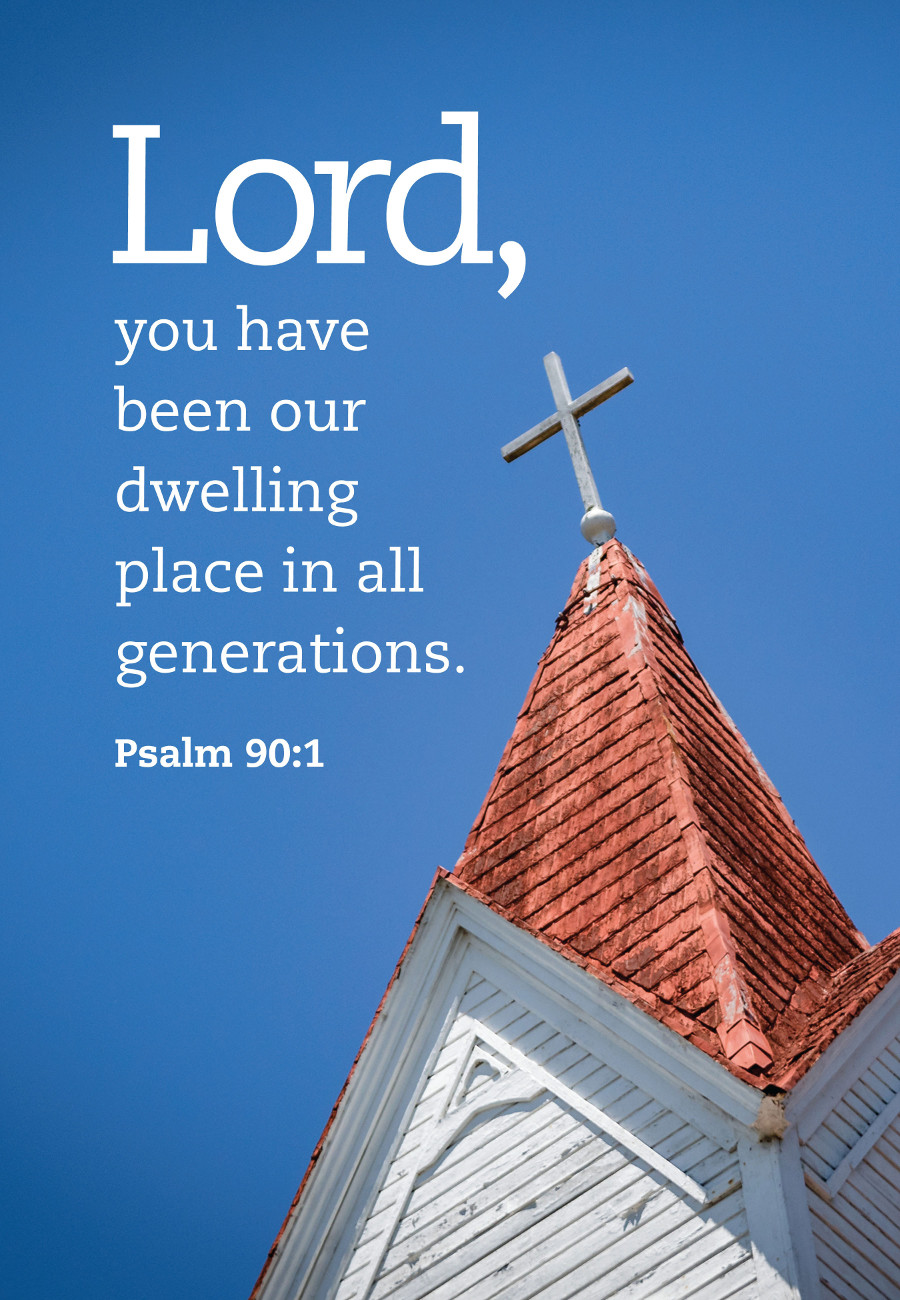 Toledoth in the Bible

Now, we won’t go into the debate over the toledoth other than to point out that opinions differ over whether these words serve as a conclusion to the previous section or as an introduction to the next. And the chapter markers aren’t terribly helpful here. Because, remember, the chapter markers aren’t original to the text. They were added in the 1200s to help us find sections of the Bible more quickly. I believe the first sentence of chapter 5:1 belongs with the previous section.

And it functions as a signature or a mark of authorship to the previous section. Now I know tradition tells us that Moses authored the Pentateuch – the first five books of the Bible – and I see no reason to question that tradition, but the question does arise, “How did Moses know what happened thousands of years before he was born?” Well, God could have simply told him. That’s certainly one possibility. The tradition could have been passed down orally, but these toledoth in the book of Genesis might help us answer that question.

Archaeology has actually been very helpful here because archaeologists have found numerous examples of toledoths in other non-biblical writings and they consistently function as conclusions to their texts. More specifically, they function as marks of authorship, a sort of signature. So, you’d have the account of a family, their story, and it concludes with “This is the toledoth of so and so.”

Well, here in Genesis we have a toledoth that records the planting of the Garden of Eden, the Fall, Abel’s murder, Cain’s descendants, and Seth’s birth (that’s the part we read), and it concludes with “This is the toledoth of Adam.” We may very well have the signature of Adam preserved in Genesis. This section of text from Genesis 2:5 to 5:1 may very well be the personal record of Adam, the story that he preserved in writing, his toledoth.

And there are dozen other toledoths in Genesis – the toledoth of Noah, of Shem, Ham, and Japheth, or Terah and so on. Now, as I said, this is a hotly debated word, but the evidence is pretty strong and pretty convincing that the patriarchs passed down their toledoths through the generations and Moses received them and compiled them into the book of Genesis. Now, this doesn’t take a single thing away from the inspiration of the text. Numerous biblical authors used sources as they wrote their books. Just read the books of 1 and 2 Kings. They frequently cite different non-biblical records. Or take St. Luke, he wrote his book by interviewing sources. So, inspiration doesn’t equal an instant download from God. It doesn’t prevent the authors from using sources.

Now, why am I bringing all this up? To make this simple point: generations matter, stories matter, historical accounts matter. The ancients preserved their story in their toledoths, their generations. You do the same thing in your own families. Many of you have a book with your generations in it. We have ours in our family, too. Thanks to modern technology, we’ve been able to turn our family blog, which we keep for the benefit of family who live at a distance, we’ve been able to turn that blog into a book that tells our toledoth.

Our culture tries to get us to zero in on ourselves, on me, on my personal story and it tells me to tell everyone else to take a hike. It tells me that I’m justified in using other people and their resources to tell my story.

Imagine if our ancestors had adopted that story. Imagine if the people of Zion Lutheran Church had adopted that story. Imagine going through our story, our toledoth here at Zion and crossing out names at random. What would our toledoth look like without names like Sonksen or Nulle or Struve or Mohr or Borkowski? These names show up over and over in our story. What would today look like if they had simply been aborted? What would today look like if the generations that went before us had embraced the contraception mentality of today? What if they had said, “Kids are expensive. They keep me from reaching my career goals. They require too much of my time. I can’t do the important things I want to do if I open my life to children”? Would you be here? What would Zion look like?

Living the Grit of Toledoth

Now that all sounds great when I leave it in generalities and we’re all able to nod our heads, “Yeah, yeah that’s what it’s about.” But it gets pretty tough when you get down to the grit of it. The grit doesn’t glimmer. The grit isn’t glorious in the world’s eyes. The world’s not going to commend you for receiving your fifth child into your home. The world’s not going to pat you on the back for washing the dishes, folding your family’s clothes, and making a grocery list for the week. The world’s not going to give you an award for introducing yourself for the 100th time to your Alzheimer-ridden mother or for managing your elderly parents’ mountain of medication and bills.

The world’s not going to sing your praises for taking your husband to his 30th radiation treatment or your wife to her 20th chemo treatment. The world isn’t impressed with how many miles you traveled to get your child or your parent to their doctor’s appointments. The world doesn’t care how many paces you made with your colicky baby or how many hours you spent helping your child learn to spell or how many times and with how many kids you went through the pile of multiplication flash cards.

And it’s sad, but much of the church belittles these beautiful and godly acts because it’s so obsessed with the big, the glorious, the radical, the epic, the revolutionary, the cutting-edge, the awesome, and the extreme. It’s bought in to the cultural narrative. People think that to have a life that matters they have to be a world changer. They have to do something radical, something transformative, something big.

And it belittles the ordinary. Suddenly faithfully calling or visiting your elderly mother looks little. Washing the dishes looks small. Making a meal for a new mother or picking up groceries for a neighbor looks insignificant. Mopping your kitchen floor looks trivial. Playing a family game looks like nothing. Being a mom who reads to her children or a father who actively engages his children in conversation and teaching is too ordinary. Someone once put it this way: “Everyone wants a revolution. No one wants to do the dishes.” That’s too ordinary, but that’s the grit of a godly vocation.

But more than belittling the ordinary, it turns us all into dream chasers who feel justified in neglecting the grit of our vocations in the name of our personal dream, our personal mission to change the world. So we all end up chasing after our personal ministry. And we end up using others and their resources to pursue our dreams, and to tell our personal story. They become the supporting cast of our movie. It’s one of the reasons our culture has embraced abortion and the contraception mentality; children get in the way of our stories, of our missions, of our lives. They are just too ordinary.

Now, God does call some people to big things, but if we’re not careful we will raise a generation who thinks the ordinary things are meaningless and we will consign them to a hell of always searching for their big thing and always feeling as if they’ve fallen short. And all of us will suffer. Our toledoth will suffer. Our generations will suffer. Not only will our generations be cut off through abortion or contracepted away, but the family and the church will disintegrate as everyone pursues his own personal story. Please don’t think I’m blowing smoke here. This is happening. Churches are disintegrating and families are falling apart because people are pursuing their personal dreams, people are telling their personal stories at the expense of others, people are setting off on their solo missions to change the world at the expense of the family and the church. People are missing the value of the ordinary in our God-given vocations.

Finding Gold in the Grit

That’s why we celebrate our generations. It’s bigger than our story; it’s God’s story. It’s about His working, His saving, His redeeming, His writing your name and your children’s names and your neighbors’ names and your family’s names in the Book of Life. That is at the center of what we do here. All of this begins in the center with the Book of Life and then we send you out to be the generations of Zion, the generations of the redeemed who will live faithfully and fearlessly in the golden grit of your vocations. Yes it may look painfully ordinary. You might never receive an award for it. But it is good and it is godly. God smiles on it. May we continue as the generations of Zion to live and to write our toledoth to God’s glory. In Jesus’ Name, Amen.

Editorial Note: This is an abbreviation of a sermon originally preached for Life Sunday, January 18, 2015.

Color the Liturgy, produced by According to Your Word