Pastor Todd Wilken interviewed Ryan MacPherson on the Issues, Etc., radio program concerning the Magdeburg Confession of 1550, by which the second generation of Lutheran reformers explained the proper relationship between church and state and the conditions under which political resistance is appropriate. 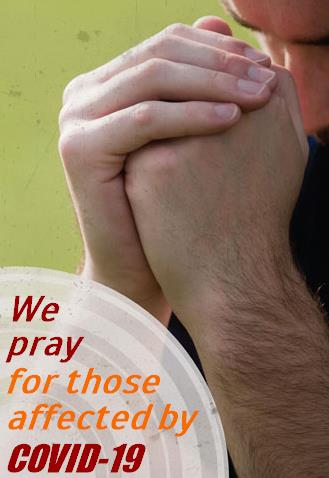 How to cope? How to thrive!

The Hausvater Project provides 25+ FREE resources for home devotions, including:

Drawing upon the thinking of Martin Luther, Philip Melancthon, and other prominent Lutherans, the Magdeburg Confession of 1550 provided not only a cogent analysis of a contemporary problem (the Siege of Magdeburg), but also a timeless treatment of the theological principles that properly shape our understanding of civil government—its origin, its purpose, and also its limits.

The Magdeburg Interpretation of Romans 13: A Lutheran Justification for Political Resistance

Martin Luther and, therefore, Lutherans have a reputation for being quietists—for not wanting to “rock the boat” but instead accepting the existing political order. While Thomas Muentzer, a radical Anabaptist leader, was promoting the Peasant Revolt of 1525, Luther called for obedience to the state. In the view of many Lutherans even today, the American colonists committed a sin by declaring their independence from England in 1776. Such, however, is not the only Lutheran way of thinking, nor does this thinking necessarily reflect Luther’s own mature view of the duties of citizens and of Christian magistrates in the face of tyranny.

The Torgau Declaration of 1530

To question whether Luther was a quietist does not, however, lead automatically to the other extreme, as if he must have been either a quietest or else a revolutionary. Luther was cautious and moderate, not radical. Throughout his life, his default position remained obedience to the state. However, by the 1530s he had become more open to political resistance than he had been during the 1520s. One turning point in Luther’s thinking came in 1530, when Lutheran lawyers met with Lutheran theologians in Torgau. The resulting Torgau Declaration acknowledged that under the constitution of the Holy Roman Empire, the emperor was not entitled to absolute obedience by local magistrates or their subjects; rather, political power was to be shared between the emperor and the local magistrates, particularly with those magistrates who served as electors of the emperor. The electors had the responsibility not only to choose who the emperor should be, but also to hold that officeholder accountable to his office. Accordingly, the prevalent doctrine of the divine right of kings had to be adjusted to recognize that no monarch wields power unconditionally, but local magistrates (and even the citizens themselves) have political rights and duties involving a corresponding limitation upon the centralized authority of the state.

Throughout the 1530s, Luther, Lutheran theologians, and Lutheran lawyers continued to unpack the implications of the Torgau Declaration, even as their political rights in Saxony fell increasingly under the threat of Emperor Charles V, who had sided with the Roman Papacy against the Lutheran Reformation. Local princes formed the Schmalkaldic League in preparation for the protection of the Lutheran church. They did so under a principle that came to be known as interposition—the duty of a lesser magistrate to interpose, or place himself between, a tyrannical higher magistrate and the people. Luther’s own life had been spared by an act of interposition following the Diet of Worms in 1521: Frederick the Wise staged a kidnapping of Luther and then hid him away safely in Wartburg Castle to protect him from the Edict of Worms. That edict, adopted by a dubious constitutional procedure, had declared Luther an outlaw and demanded that local magistrates assist in apprehending him; anyone who found him could kill him without fear of punishment. Instead, Frederick defied the emperor and rescued Luther.