It is the time of year when students go back to school, as they have for every year of their education career, and will do until they graduate out of school. But perhaps it is also a good time for all of us to go back to school. Let me explain.

Seventy years ago, Dorothy Sayers wrote, “if we are to produce a society of educated people, fitted to preserve their intellectual freedom amid the complex pressures of our modern society, we must turn back the wheel of progress some four or five hundred years, to the point at which education began to lose sight of its true object, toward the end of the Middle Ages.”

In this essay, Sayers was advocating for a return to the classical liberal arts in education, or simply classical education. First she lamented the state of education in her day (1947!), saying “is it not the great defect of our education today … we fail lamentably on the whole in teaching them how to think.” She concludes that in order to improve education, we must go back to school. That is, we must return to another kind of school. Eventually, Sayers’ essay sparked a revival and renewal of classical learning in the United States. Today there is a growing movement of schools and homeschooling parents seeking to recover this education for their children and for future generations. 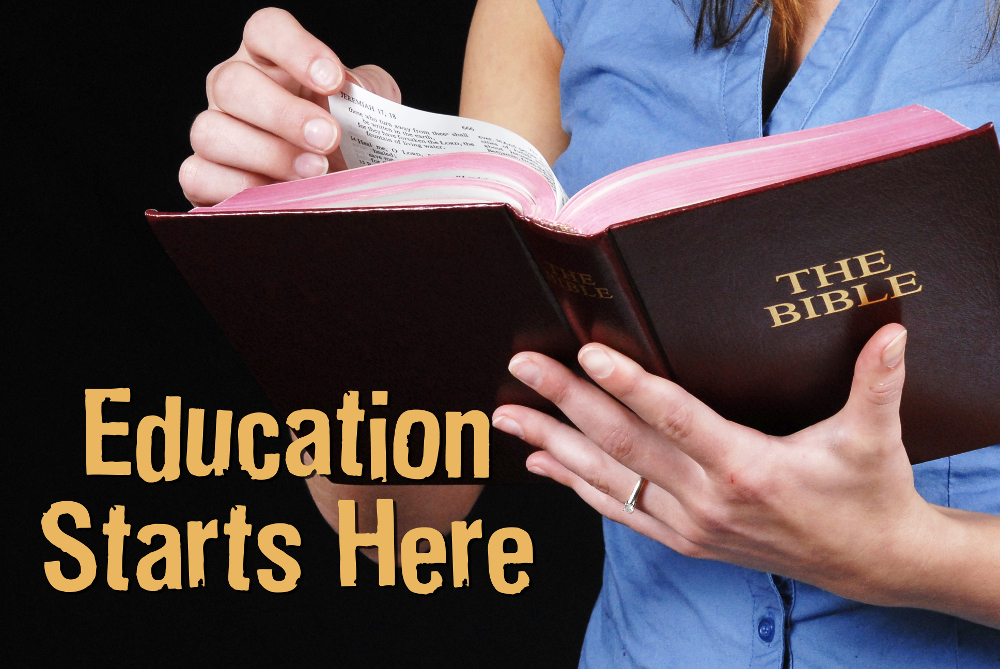 The point to which Sayers would have us go back, “four or five hundred years … toward the end of the Middle Ages” is a significant one for Lutherans. This year marks the 500th anniversary of the beginning of the Lutheran Reformation. “Four or five hundred years ago” is exactly the time in which Martin Luther, his colleagues, and those who followed them sought to establish a system of education that would do exactly what Sayers sought.

Listen to Luther: “For if we want capable and qualified people for both the civil and the spiritual realms, we really must spare no effort, time, and expense in teaching and educating our children to serve God and the world” (Large Catechism, 1529).

The Lutherans were quite specific about what kind of education would produce such people. And it’s the same type of education promoted by Sayers in 1947 and classical education advocates today. It is the classical liberal arts, especially centered on the language arts of the trivium—grammar, logic, and rhetoric.

The foundation of all education was found in grammar, which was taught using the Latin language. “The children are to recite these grammatical rules from memory, so that they are compelled and driven to learn grammar well. … For no greater harm can be done to all the arts than where the children are not well trained in grammar” (Luther, Saxon Visitation Articles, 1528).

This was an education that was fit for all children, and would serve to train them for any useful service to God and their neighbor. While their purpose was not simply to prepare them for “college and career,” they understood that such a foundation was necessary for all vocations. In “A Sermon on Keeping Children in School” (1530), Luther wrote:

Boys of such ability ought to be kept at their studies, especially sons of the poor, for all the endowments and revenues of the foundations and monasteries are earmarked for this purpose. In addition, though, other boys as well ought to study, even those of lesser ability. They ought at least to read, write, and understand Latin, for we need not only highly learned doctors and masters of Holy Scripture but also ordinary pastors who will teach the gospel and the catechism to the young and ignorant, and baptize and administer the sacrament. …

Even though a boy who has studied Latin should afterward learn a trade and become a craftsman, he still stands as a ready reserve in case he should be needed as a pastor or in some other service of the word. Neither will such knowledge hurt his capacity to earn a living. On the contrary, he can rule his house the better because of it . …

At this point I should also mention how many educated men are needed in the fields of medicine and the other liberal arts. Of these two needs one could write a huge book and preach for half a year. Where are the preachers, jurists, and physicians to come from, if grammar and other rhetorical arts are not taught? For such teaching is the spring from which they all must flow.

When urging that schools be established, Luther again emphasized the liberal arts (To the Councilmen of All Cities in Germany that they Establish and Maintain Christian Schools, 1524):

For my part, if I had children and could manage it, I would have them study not only languages and history, but also singing and mathematics. For what is all this but mere child’s play? The ancient Greeks trained their children in these disciplines; yet they grew up to be people of wondrous ability, subsequently fit for everything.

This was not just Luther’s idea. Philip Melancthon wrote textbooks for Lutheran schools. Matthias Flascius wrote in 1567 that part of the key to understanding and interpreting the Scriptures was “to study languages and well-informed grammars. Dialectic, rhetoric, and familiarity with the rest of philosophy is beneficial as well, even necessary” (How to Understand the Sacred Scriptures, 100).

Then, the Lutheran theologians who crafted church orders for the various principalities also included orders for schools which very specifically prescribed the curriculum for those schools. Martin Chemnitz wrote in his order for Braunschweig-Wolfenbütel in 1569 (231, 226, 232):

Forasmuch as the holy ministry of preaching, secular authority, temporal offices, government, and management call for just, wise, learned, skilled, and God-fearing men; and schools are the proper means, ordained and commanded by God, in which such people may be raised up …

After the boys have practiced the Grammatica well in the lower four classes, and been trained so that they speak and write Latin tolerably well, they shall, in the first class, also be trained in the Dialectica and Rhetorica. …

[A]bove all, grammar, as the most crucial component, be thoroughly emphasized and practiced, so that the boys become good and confident grammarians.

Lutheran schools would do well to recover their heritage by employing this classical model. Christian parents who educate their children in the home can more easily make use of such a curriculum (there are many options available). Not everyone, perhaps will be able to do such a thing. But if we can’t get our schools to “go back,” we can go back to school ourselves. That is to say, we can read and learn.

The reality is that most adults today have not received such a classical education. That means that there are things that once upon a time every educated person knew, and books that every educated person had read. I see this time and time again in homeschooling parents and teachers who are discovering the legacy of classical education. They lament what they did not learn and wish they had discovered these things earlier. This sentiment isn’t new either. Martin Luther wrote, “How I regret now that I did not read more poets and historians and that no one taught me them!”

One the one hand, these late learners feel themselves robbed of the knowledge and learning which were designed for all free people (liberal arts, from Latin libera, meaning free). But on the other hand, they also realize that it’s never too late. So they pick up the books and seek out what they did not know. It’s actually never been easier. We are blessed with embarrassingly easy and inexpensive access to books.

And best of all, there is also a joyful delight to discover this heritage, and it’s a contagion which these educators wish to pass on to another generation. It’s a delight to watch parents read and learn alongside their children.

So as we go back to school this year, let us consider going a little further back. Let us go back and discover our heritage in Christian education. And let us there delight in what is true, and good, and beautiful.

Rev. Johann Caauwe, pastor of Trinity Lutheran Church in El Paso, Texas, is a member of the Board of Directors for the Hausvater Project. He and his wife homeschool their nine children in the classical model.